Rob Baker — Curious, authentic and a man of his word 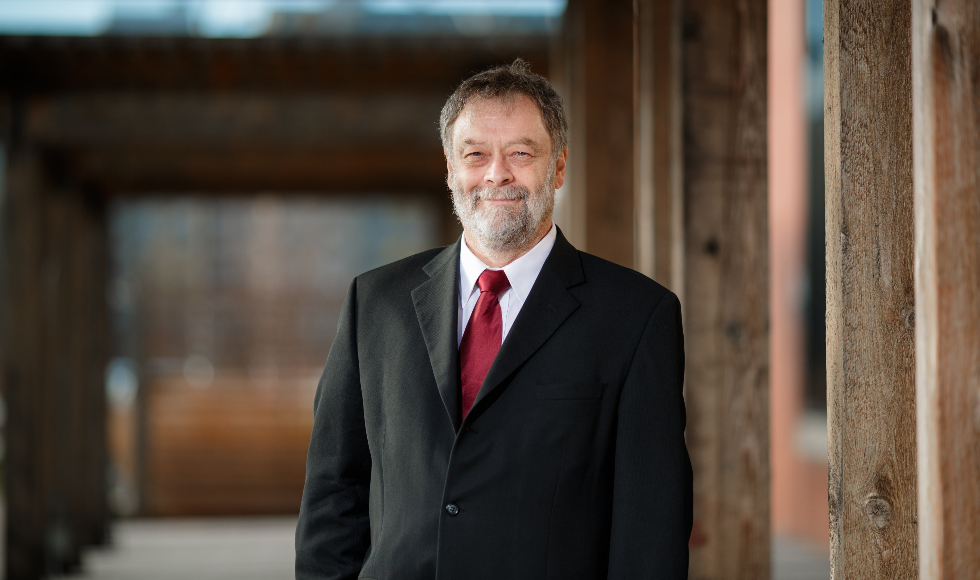 “There is no way I’m ever leaving university. I’m going to stay in this kind of place forever.” That was Rob Baker, circa 1971, about two weeks into his undergraduate studies at the University of Guelph.

Baker’s known to be a man of his word, so it’s really no surprise that he did as he said.  He never did leave university, although he jumped around to more than a few, leaving his indelible mark as a first-class student, leading researcher and skilled administrator along the way.

Baker wrapped up his formal university career on May 31, 2019 – a career that spanned nearly five decades, three provinces and five universities. McMaster University was his last stop – saving the best for last, as it were – where he served as Dean of Science and Vice-President, Research, respectively.  He decided to step away to focus on his mental health, his wood-working hobby, and his first grandchild who’s expected to arrive in July.

McMaster’s outgoing president, Patrick Deane, lauded Baker’s accomplishments and contributions, and summed him up in one word: authentic.

“Rob brings so much to the table, in so many ways, but never have I worked with someone who is so completely authentic,” says Deane.

“Rob is so naturally free of prejudices. He listens and he learns; and when he discovers the truth of a situation that doesn’t match what he’s been told, he’s quick to change his mind.”

A first-generation university student, Baker credits two people for pointing him toward university and marine biology, in particular.

The first: his father, a third-generation Canadian National Railway locomotive engineer, whose path Baker had initially thought he might follow, was his strongest advocate.

The second and more unlikely suspect: Jacques Cousteau, the great explorer, photographer and filmmaker, who brought all things aquatic to life.

“The way he showed the underwater world was just so fantastic, I just couldn’t get enough,” says Baker, reflecting back on those early TV episodes.

Baker’s passion for science, or as he says, “anything that is alive,” began at an early age. He was a good student, yet he got bored easily, but never when it came to studying living organisms.

“I loved learning. I was always so curious; still am,” says Baker.

Continue reading this story by Lori Dillon on the Daily News.

Vaccine Confidence, Fear, and Misinformation in an Age of COVID
Online Event

McMaster Museum of Art invites you to join an upcoming webinar presented as part of the Immune Nations exhibition. “Vaccine Confidence, Fear, and Misinformation in . . .

Natural Language Processing (NLP) has changed radically with the emergence of neural network approaches that learn to represent words, sentences, and other linguistic units as . . .