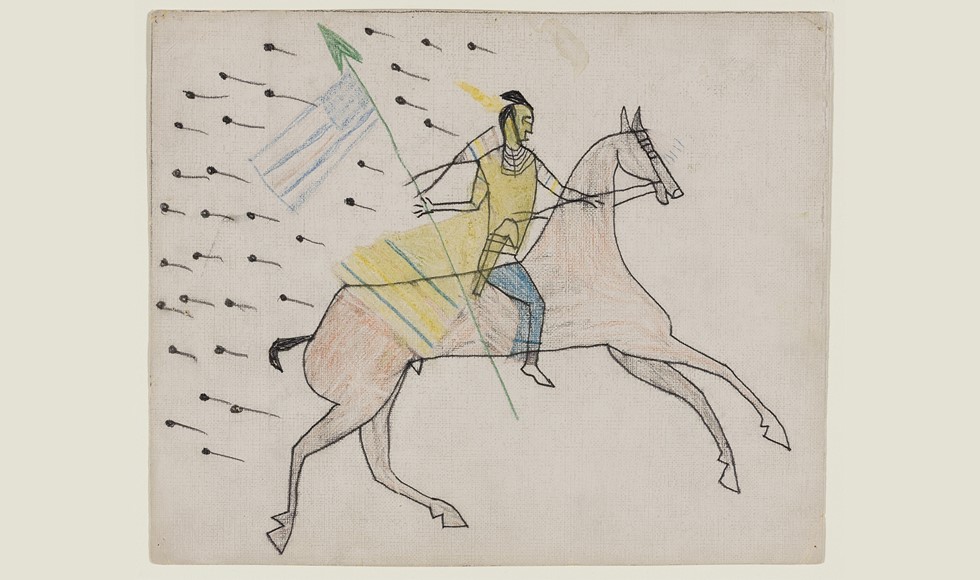 The McMaster Museum of Art has received more than $100,000 CDN  from the Chicago-based Terra Foundation for American Art, which supports exhibitions and scholarship at institutions worldwide, from the Musée d’Orsay to the Tate Modern.

Peripheral Vision(s) is curated by Rhéanne Chartrand, curator of Indigenous art at the McMaster Museum of Art, with guest scholar and acclaimed curator, Dr. Gerald McMaster.

“It is such a tremendous honour, and so early in my curatorial career, to receive the financial support of the Terra Foundation for American Art, and to do so on a project whereby I am co-curating with one of my long-time mentors,” Chartrand says. “This project is borne out of our mutual and ongoing interest in interrogating the “Indian” image, applying gaze theory and the praxis of survivance to the critical analysis of Indigenous art, and building Indigenous art histories from an Indigenous perspective.

“I am so grateful to MMA director / chief curator, Carol Podedworny, for allowing Gerald and I to realize this project at MMA, and for being able to showcase its collection alongside works from distinguished Canadian and American collections”

Peripheral Vision(s) acknowledges the positionality of the included artists by framing their vision(s) within a cross-cultural/cross-temporal space-time in order to make sense of how the past informs the present, and how, when we look back, it all depends on where we are standing and what is within our gaze or line of sight, when it comes to understanding the “Indian” image.

The curatorial project will generate insights on image-making, self-representation, misrepresentation, naming and the overall intent of portraiture, and contributes to McMaster’s goal to produce new Indigenous research by Indigenous scholars.

The exhibition will be presented at the MMA in the fall of 2019.

The Terra Foundation for American Art is dedicated to fostering exploration, understanding and enjoyment of the visual arts of the United States for national and international audiences. Proposals are reviewed by an external panel of scholars and curators who are specialists in historical American art (circa 1500–1980).

“The Terra Foundation for American Art’s support is a first for McMaster,” says MMA Director Carol Podedworny. “It confirms the importance of the project’s scholarly contributions to both Indigenous art history and exhibition production in Canada. It’s something to be celebrated.”